“This, uh, USS Constitution you speak of so much, and the other great ships. Why are you so proud? They are for war. We did not think that America would fight wars as do the foolish men of Europe.” 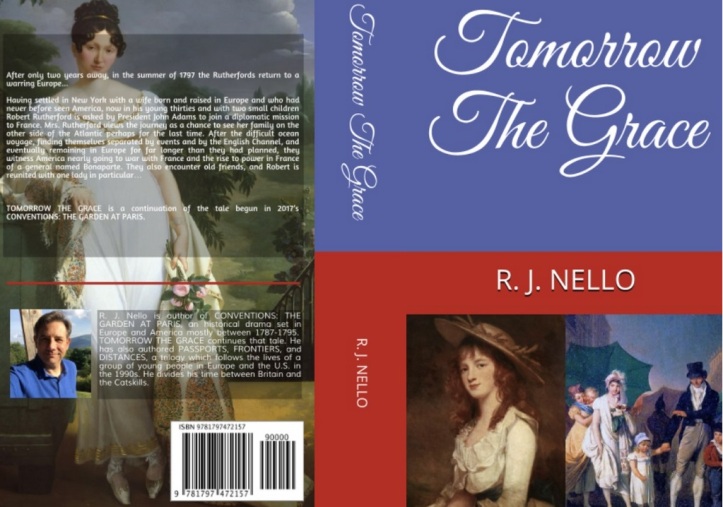 After only two years away, in the summer of 1797 the Rutherfords return to a warring Europe…

Having settled in New York with a wife born and raised in Europe and who had never before seen America, now in his young thirties and with two small children Robert Rutherford is asked by President John Adams to join a diplomatic mission to France. Mrs. Rutherford views the journey as a chance to see her family on the other side of the Atlantic perhaps for the last time. After the difficult ocean voyage, finding themselves separated by events and by the English Channel, and eventually remaining in Europe for far longer than they had planned, they witness America nearly going to war with France and the rise to power in France of a general named Bonaparte. They also encounter old friends, and Robert is reunited with one lady in particular…

Tomorrow The Grace is a continuation of the tale begun in 2017’s Conventions: The Garden At Paris. 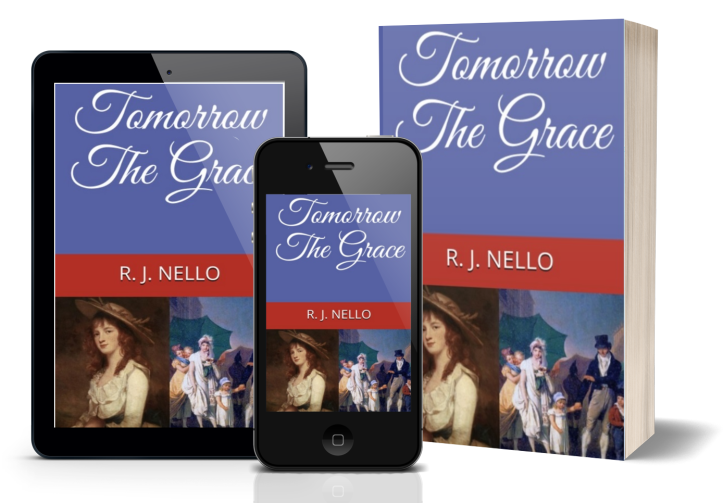 Available in paperback and Kindle at Amazon:

And available at all other Amazons worldwide.

NOTE: If you do not own a Kindle device, but have a smartphone, or tablet, or a PC or a Mac, you may still get Amazon’s free Kindle app. Click to your device’s app store. The Kindle app is available for most mobile phones, tablets, and computers.

With the Kindle app, you can buy the book from Amazon and it will download to that app on your device… and you can then read it.

Soon to be available also in paperback at Barnes and Noble: