When I was a teen, with my friends fascinated with the likes of Tolkien while I had my nose in history books about Ancient Rome, France, England, America, and historical novels such as The Last of The Mohicans, my mother laughed that I had “no imagination.” I never forgot that jibe. It did hurt somewhat to hear it put that way – even lightheartedly – by my own mother.

I just preferred reality. I wasn’t at all interested in fanciful places such as a “Middle Earth.” Assigning me to produce a “book report” on a novel about… “half-humans, half-Tantors waving their ompuim swords while seeking the secret castle of Antrippil on the lost island of Yrg in the Sea of Despaire”… would have caused me to despair.

As I’ve written before, I haven’t even read Harry Potter. I tried once, but gave up after a few pages; I’ll probably die being one of the “thirty muggles” out here who haven’t; but Potter is actually mild stuff compared to so much else out there now. And now we have libraries pushing “fantasy,” too. For example, this tweet from one in upstate New York, sharing a Newsweek piece telling us what we need to read:

5 female fantasy books written by women you need to read in 2018 newsweek.com/female-fantasy…

My mother is gone nearly 3 years and I’m still being told I need to read fantasy. Yet I do wonder also if I’m simply rather “tone deaf?” Or if I’m that awkward person who looks at a Van Gogh and declares, “Nope, I just don’t see what all the fuss is about?”

For instance, that these novels are written by women is actually immaterial to me in this context. Here’s one of them: 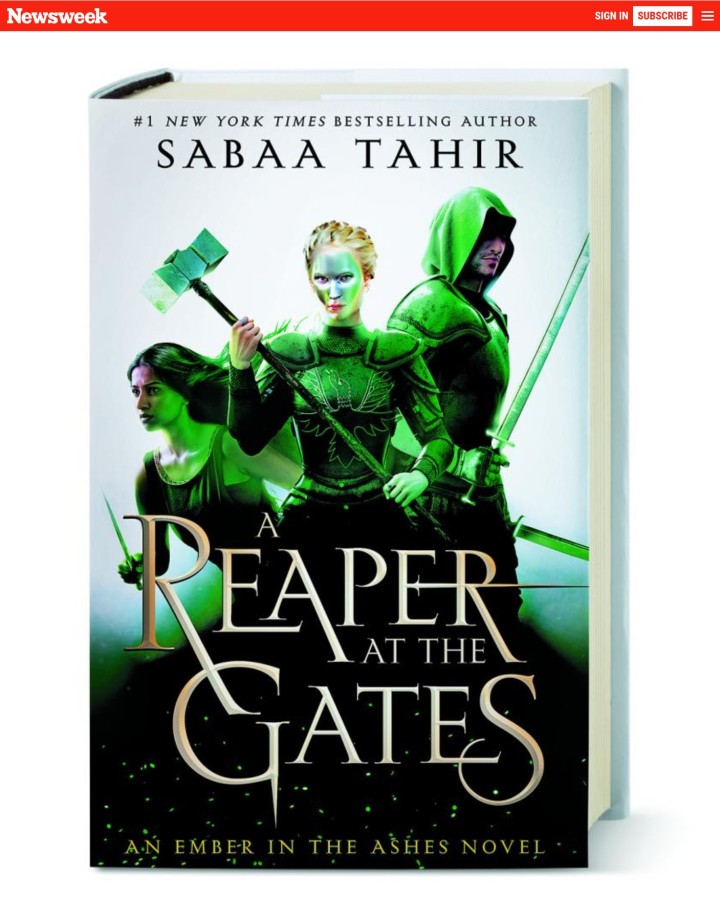 Everyone has their reading tastes. If you enjoy reading such tales, that is absolutely your right and I would never tell anyone else not to read books like those. But why are the rest of us being told we need to read them? Apparently, because this, says a Newsweek writer:

While I did once dislike it, I have no problem now with my books being known as “romance.” Casablanca was considered a “romance.” Any category I might share with Casablanca, I will happily accept.

Best-selling author Diana Gabaldon has talked about this, criticizing retailers, publishers and critics who label her Outlander series as romance instead of time-travel adventure, historical fiction or any of the many other genres she weaves into her novels. As a result, literary elites and mainstream publishers often dismiss books like hers, further widening the gender gap—this when 57 percent of paranormal and urban fantasy submissions are from women authors…

While I’ve heard of the television show, I have never seen it. Moreover I’d never heard of that author by her name until reading it just now. However, based on that one paragraph, if she is so “all over the place” in her stories it is little wonder publishers don’t know where to place them.

Perhaps I do have “no imagination,” but this seems simple enough to understand: historical fiction is fiction written within historical constraints and follows the recognized contours of human reality. Insofar as we know, “time travel” is not yet one of them. Similarly, the television series Britannia is set in “AD 43,” but that it is given a real calendar year does NOT make it historical fiction either.

Want an example of one? This is an actual historical fiction novel:

For the moment the “supernatural” is introduced to drive a story, regardless of whatever historical references the story includes – “We shall cross the hills of Meridion and locate the magical potion of Syon and with it restore Hallan from the dead before Julius Caesar’s Tenth Legion reaches the Rhone…” – it ceases to be “historical” and jumps the line to “fantasy.”

Hit TV series like Outlander (on Starz) and Atwood’s The Handmaid’s Tale (Hulu) have exposed the popularity of fantasy series with strong female characters and attracted more readers to the novels of authors like [Sarah J.] Maas, whose Throne of Glass is currently in development for Hulu. And there are more adaptations in the works, some for books that haven’t even hit store shelves yet.

It is becoming a literary cliché to state that a story has “strong female characters.” (We hear it now as well even about children’s films.) In fairness, I have used that expression, too. Yet the more we think about it and note it, what do we really mean?

And in now regularly seeing claim after claim (it seems almost a requirement to say it) that new stories contain “strong female characters,” does that mean that for the previous “3,000 years” or so that women were not “strong” in literature – including in many of the books and plays written by men? How about the goddesses of Greek mythology? Aristophanes’s Lysistrata? Anyone read the Book of Esther lately? And how about William Shakespeare’s women? And, of course, The Last of the Mohicans? Those are just some few off the top of my head.

In the realm of reality, consider the lives of even “privileged” women of just the last few centuries. Martha Jefferson (1748-82), for example, had six children in 10 years and several miscarriages and died at age 33. Among the less well-off, around 1903, all alone, my then 19 year old future great-grandmother, who spoke only Sicilian Italian, boarded a steamship in Messina, Sicily, headed for Naples, and then to Marseille, France. At Marseille, she boarded another ship and eventually landed at Ellis Island, New York – and she never saw her parents again. They weren’t “strong” women?

In comparison, today (in the USA) we have a national fainting spell if a 19 year old woman is exposed to a glass of wine.

Our grandmothers, great-grandmothers and great-great-grandmothers, and those before them for uncounted generations, just folded and submitted meekly to every demand of every male? Rubbish. Even to infer that through fiction – here’s a “strong” woman who stands out as “empowering”, surrounded as she is by sniveling hordes of subservient “weak” women and all-powerful men standing in our heroine’s way – is insulting to all of their memories.

Want to read about “strong” women? You don’t need fantasy. Historical reality is full of them:

Speaking of Ireland, then there are novels like this one. At least it’s not a “postapocalyptic” New York or Los Angeles for a change. That’s new:

…the 10th novel in Moning’s epic paranormal series, Fever, … explores issues of mental health, consent and strength. This time, sword-wielding superhero Dani O’Malley is battling to save a postapocalyptic Dublin from a terrifying evil determined to enslave the human race. There will, per usual, be lots of sex, violence and Irish folklore.

What “consent” denotes there is unclear: Is it that sex occurs only after the proper affidavits have been filed?

But lots of other violence? Well, one supposes that’s fine. Murder people – or half-humans, or trolls, or whatever – in thousands. Wipe out cities. Destroy planets.

However, sex is a problem.

And we are also supposed to read this (cover pictured above):

The third installment of Tahir’s Ember quartet promises to be the darkest yet. The standnarrative focuses on three protagonists—two warriors and a scholarly healer—with intertwining fates. Ancient powers will test core values and their ability to maintain empathy in the face of violence. In this world, love will always mean sacrifice.

Other than their not being to my personal reading taste, I had not until recently had much of an opinion on modern “fantasy” and “dystopian” fiction – whether written by men or by women. It was just another genre. By accident, though, I was led the other day by teachers’ post-Florida school massacre tweets into considering for the first time that there in fact may be a worrying, longer-term social cost in our “feeding” teens a “steady diet” of “dystopian fiction”.

It appears that what we are suffering from in 2018 is NOT a shortage of “realistic fantasy,” but too often a dearth of literary realism. Our current “paranormal” and “dystopian” fixation is in some ways becoming troubling and, indeed, at times, scary. And there is no end yet in sight.

It came to my mind here because the writer credited with coining it is mentioned in that Newsweek article. One could be forgiven for imagining it constitutes writing’s “First Commandment.” Evidently that author is the final arbiter of what’s acceptable or not in our English grammar.

Except he’s not. He is just another writer. 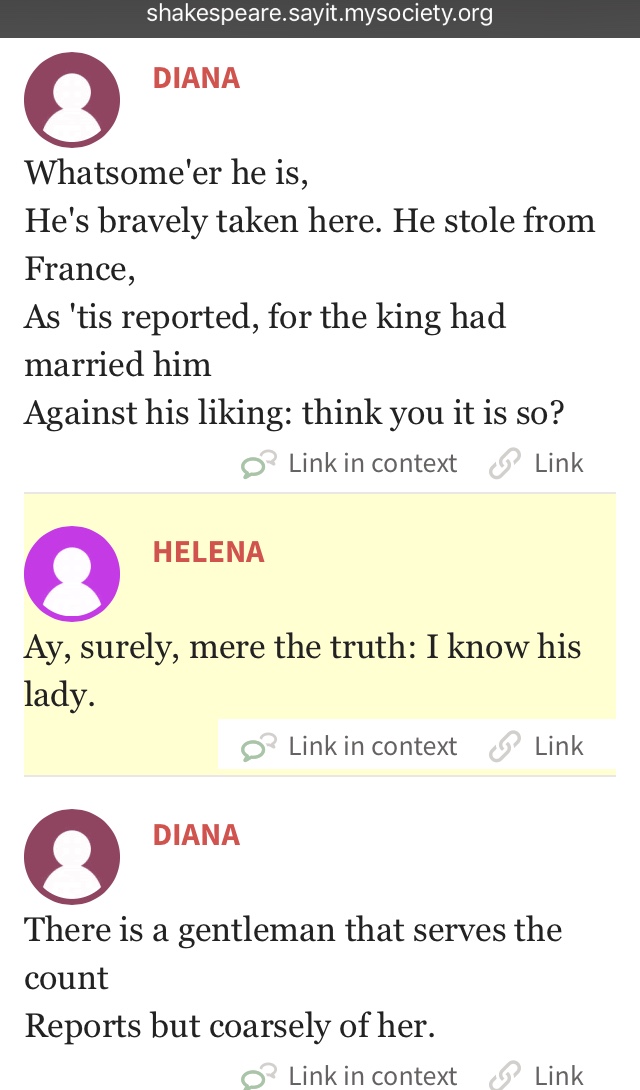 “Ay, surely, mere the truth.” Truth indeed. We could definitely use some.

That line – including an adverb, along with two others above – is from All’s Well That Ends Well. A reminder: Shakespeare used adverbs “occasionally.” I’ll use an adverb if I deem it useful, thank you very much.

Just a little polite “rant.” As you also may know, I need one now and then: my mom and my uncle aren’t around any more to put up with me, so I’m glad you do. Have a good day, wherever you are in our actual world. 🙂