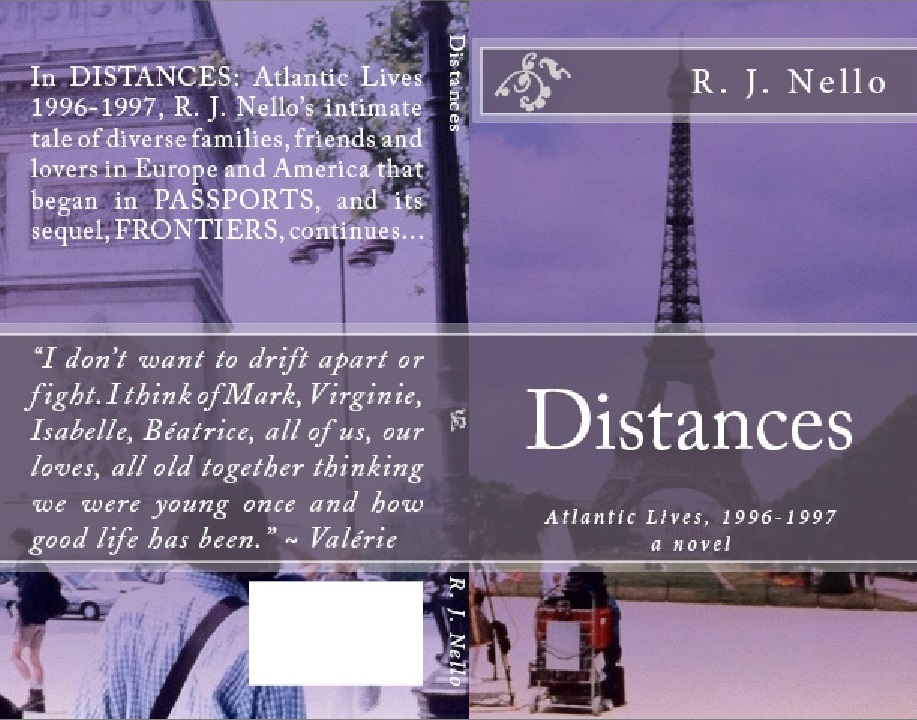 I know this post appears much later in the morning than usual. However, when you have an unexpected light bulb go off over your head you have to drop almost everything and get the idea into your manuscript as quickly as possible. If you don’t, it may vanish forever….

Having done that, on to this post. Yesterday saw me pass 40,000 words. So with Distances looking daily more and more like an actual book, rather than just bits and pieces, I took a break and decided to have another mess around with a potential cover. That’s always fun:

I’m planning on going with a different look compared to the first two novels – both of which have the same cover layout. However, I’m fickle. I may well change my mind again. (The wording on the back cover is “officially” still “filler.”)

I’ve noted previously that I use my own personal photographs for my covers. They’re real. I want that feel to them.

You’ve seen that front cover photo already. You haven’t seen the back one. Of course I haven’t shown you anywhere near everything that’s in my 35mm personal “archive!” 🙂

But most of those 1990s photographs are unusable because they contain recognizable faces. As I’ve also said before, I won’t use stock photography models either because I don’t want my characters becoming “identified” with cover artwork. I want them to remain in the “mind’s eye.”

I just thought I’d mention this once more and perhaps jog a memory or two of anyone passing by and new to my site here. I’m still waiting to see if anyone can offer an educated guess as to the identity of the front cover woman singer? I have no clue who she is.

Have a good day, wherever you are. 🙂