Skip to content
The previous post about a lack of major film roles for women, led me to think it seemed a good time for another character snapshot. I find composing these useful: sort of like thinking out loud. Considering characters broadly – who they are, how they fit, etc. – is a worthwhile mental exercise.

Meeting Béatrice for the first time, an American appraises her this way:

She appeared …. all too stereotypically French. [All] Béatrice really seemed to be missing was a beret.

Friends with Isabelle and Virginie since childhood, Béatrice was raised less affluently than they were. (Isabelle’s Paris university friend, Valérie, is now part of their circle also; and money is not Valérie’s problem either.) After finishing school in Brittany, eventually Béatrice moved to Paris. But finding permanent work there is proving much tougher than she had expected. 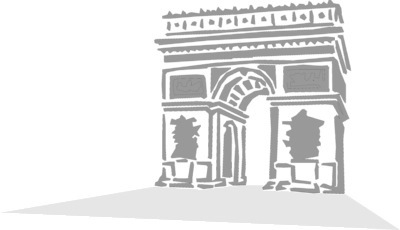 Also unlike Isabelle and Virginie, Béatrice is at best indifferent about America. Where they see big American smiles and possibilities, she is critical and sees mostly a goliath that crushes all in its path. On Long Island, responding to a U.S. friend’s question about what she had been asked from home about life in the States, Isabelle replies:

“Oh, yes, I have had questions. The worst is my friend Béatrice. She wrote to me asking if I have a gun now.”

It is perhaps surprising that the apparently cynical and tough-minded Béatrice is the common denominator in an expanding web of friendships. However, when it comes to men, she has her line. And she is emphatic about where it is drawn:

“I like to be independent. I don’t like men who think to tell me what to do.”

Yet she also begins to voice interest in one man who might not be the best choice for her….